In 1995 Karlin+Pimsler was  jump started into business by winning the British Airways, N.A. direct response creative account. Within one month, K+P was awarded HBO and ACCENTURE direct response business. You might say they hit the ground running. Although Mal Karlin is well known as an award winning big agency DRTV expert, K+P ironically started as a direct-mail agency. Ad Age ranked K+P in the top 50 US Direct Response Agencies after only one year in business. Using what they learned from direct-mail K+P applied the same principles to DRTV and targeted web video Ads. In 2001, TV billings doubled the direct-mail billings. Their desire was to keep tight control of the creative product, which led to the tough decision to drop direct mail and focus only on DRTV and video content for social media.

"Creativity in the right hands changes everything. It’s not what you know it’s what you create is what you know."
- Mal Karlin (Addressing Advertising Age Creative Conference) 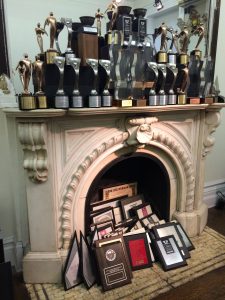